SAMW president, Alan McNaughton, comments on the achievements of 2012 and the challenges that lie ahead in 2013

The past 12 months have seen some vital meat industry changes being made, head-lined by the Scottish Government’s commitment in June to establish a stand-alone meat inspection service for Scotland. 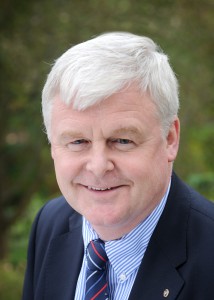 With six months work on that decision already completed we’re beginning to see the framework of the new organisation starting to emerge. It was always going to be a painfully slow process, of course, but one which we believe will be worth all the effort which the Scottish food and farming industry is putting into creating the progressive and far-reaching body which we’ve all sought for so long.

Our first thought in June was to welcome the Scottish Government’s commitment to the formation of a new ‘cooperative and collaborative approach to meat inspection in Scotland’ and we continue to view it as a thoroughly refreshing prospect for SAMW’s member companies. Whole industry involvement in the process is also hugely encouraging, clearing the way for Scotland to maintain its position as a source of high quality meat, produced, processed and marketed to the highest possible standards.

There is plenty of unfinished business to keep us working in 2013, of course.

To begin with, the new stand-alone body will take time to be pushed through the necessary Scottish and UK hoops, a requirement which demands a careful balance of patience and urgency. We obviously mustn’t cut corners in setting up the new structure. That would benefit nobody. At the same time, it’s essential that momentum is maintained in setting structures, appointing people and agreeing who pays for what, and how much.

Unfinished business is also the correct phrase to apply to CAP Reform and the desperate need for an injection of targeted support to kick-start the revival of livestock supplies. The downward drift in cattle and sheep numbers is a massive negative for Scotland’s meat industry, adding to the sector’s unit costs and depriving the whole country of valuable jobs and income at a time when just about every other industry would love to have our market opportunities, both at home and abroad.

We have great natural resources, served by a top class production, processing and marketing chain. Unfortunately, the CAP mistakes of 2003, which we warned about at the time, have resulted in a steady erosion of livestock supplies, leading to missed sales opportunities, company closures and a substantial amount of lost business for Scotland plc.

We’ve been banging away at this issue all year, urging Government leaders in Edinburgh, London and Brussels, to make sure the current CAP Reform includes special measures for Scottish livestock producers. We’re not asking for financial aid to keep livestock producers and meat companies in business, however, or seeking support for an industry which is failing or unprofitable. We’re merely asking for Scottish, UK and EU politicians to invest in a sector of the economy which has the capacity to repay such confidence many times over in terms of reduced spending on imported meat, increased earnings from meat exports and a serious commitment to long-term meat sector jobs. We must also never under-estimate the contribution which livestock farming makes to environmental betterment in the uplands; it’s the existence of sufficient cattle and sheep on the hills which drives the kind of environment which makes Scotland such an attractive place.

These are powerful reasons to justify the increased support for calf and lamb production we are advocating. Furthermore,those who say ‘let market forces decide’ are being naive is they think that will result in anything other than the exporting of Scotland’s beef and lamb business to India, China , Brazil and elsewhere rapidly followed by rising costs for buying back the end products we could, and should, be producing at home.

We will keep seeking to drive this message home in 2013. Frankly, the future of Scotland’s meat and livestock chain depends on it.

Away from these two big 2012 issues, SAMW’s members have seen several significant progress points being secured over the past year.

For example, we have continued to press for the timely implementation of TSE Roadmap2 and now we’re within touching distance of the lifting of BSE testing on all healthy slaughtered cattle; have made progress by getting a review of bovine intestine and mesentery fat on to the agenda in Europe with EFSA now collecting the data for forthcoming risk assessments; have secured some changes to the FSA’s in-plant audit process and scoring system to better reflect FBO performance, with an undertaking to review other important aspects; and have managed to stave off full cost recovery of meat inspection charges until the system becomes more efficient, proportionate and risk based.