Producing what the customer wants

John Scott Meat, founder members of SAMW, trace their progress from 1968 to the present day

From humble beginnings selling eggs and cattle from the family farm to their local butcher in 1968, John Scott Meat has evolved into a successful family business selling Scottish Beef and Lamb directly to independent butchers, Smithfield market and high-end restaurants across the length of the UK.

From their facilities in Paisley, the company now processes 15,000 cattle and 16,000 lambs 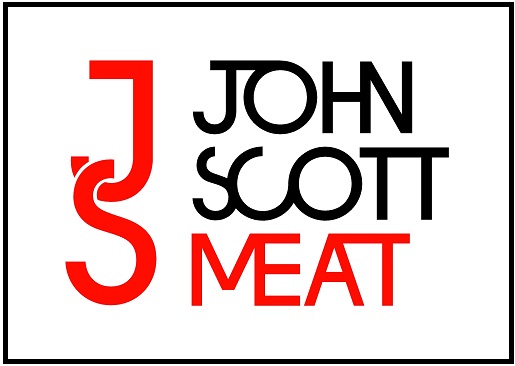 a year, producing what the customer wants, which is not only important for the company but is something that is encouraged at farm level. This has involved moving away from finishing livestock at any age or bodyweight, which often results in an inconsistent end product, to focussing on steady growth on controlled rations, all built to produce a high value end-product at the desired size and quality, as demanded by the client and subsequently the consumer.

This is particularly important in the UK, where we have such variation in breeds and feeding systems resulting in carcasses often covering a wide range of ages, conformation and eating quality, which are hard to sell and quickly reduce the average achievable selling price. The company's aim is to source cattle and lambs within a well-defined carcass criterion to guarantee a consistent eating experience, attract the highest possible price and help grow their client business by boosting consumer confidence.

Another benefit of matching the quality of each carcass with the requirements of each individual client is that, over many years, John Scott Meat have been able to establish which feeding practices, breed and age produce the best results for each end market.  This invaluable information is often used by producers to adjust feeding and management strategies to produce a carcass that is consistently at the ideal weight, fat score and composition and achieves the highest possible price.

One example of this is the trade with clients at Smithfield who value a smaller carcass with high level of marbling and creamy fat cover. To meet these specific requirements, Simmental cross heifers are reared at grass before being finished at 22 months old on a 50:50 TMR mix of grass silage and a be-spoke finisher blend, containing high levels of alkaline Alpha Barley and Alpha Maize for colouration and marbling.

“The heifers have been flying on the new finishing ration, with excellent fat cover and grading out extremely well at R3/4L with nice creamy fat cover,” said Jamie Scott. “Carcass weight and confirmation were exactly where we need them to be and the heifers are like peas-in-a-pod, which is exactly what we are looking for.  We even finished lambs ad-lib on the same finisher blend, with no signs of gravel, excellent dung consistency and the lambs easily achieving our target of U/R3L at 23kg deadweight.”

Alongside the royal entourage, representatives from Quality Meat Scotland (QMS), the Scottish Government, retail customers, and farmers that supply Dunbia Highland Meats were among those attending the opening ceremony on March 31, 2022. 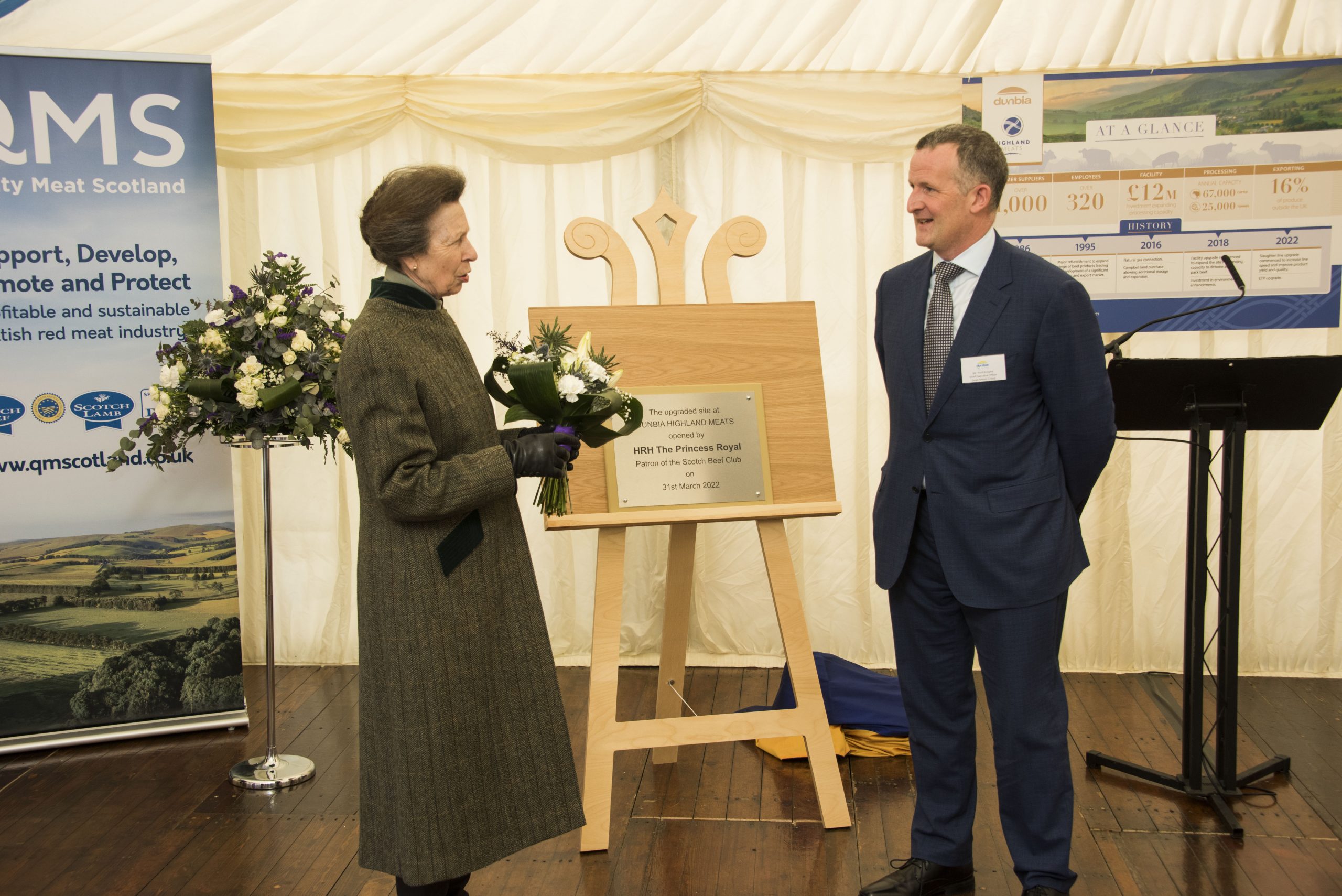 “It was an absolute pleasure to have The Princess Royal open our new facility,” said Niall Browne, Chief Executive of Dunbia (UK).

“We are immensely proud of the enhanced plant which allows us to process the highest-quality Scotch Beef products for Scottish, British, and overseas consumption.”

Kate Rowell, Chair of QMS commented: “The visit not only provided the opportunity for us to showcase more about the production of top-quality Scotch Beef PGI, but allowed stakeholders from all stages of the supply chain to come together and celebrate innovation and progress within the red meat industry.”

Effectively, since 1 January 2021, we have been unable to export our products to our long established and loyal customers in the EU. Why is this you may ask, well in the run up to leaving the EU, the UK Government gave precious little consideration to the impact that moving to 3rd country status would have for smaller businesses like ours, who have to rely on grouping products together with other exporters into consolidated loads to help minimise transport costs.

It quickly became apparent, however, that such groupage was fraught with problems once we embarked on post Brexit trading. Huge issues arose in relation to our EU exports with the groupage method which worked so well before, suffering severe delays as physical and documentary checks were conducted on all vehicles when entering the EU. 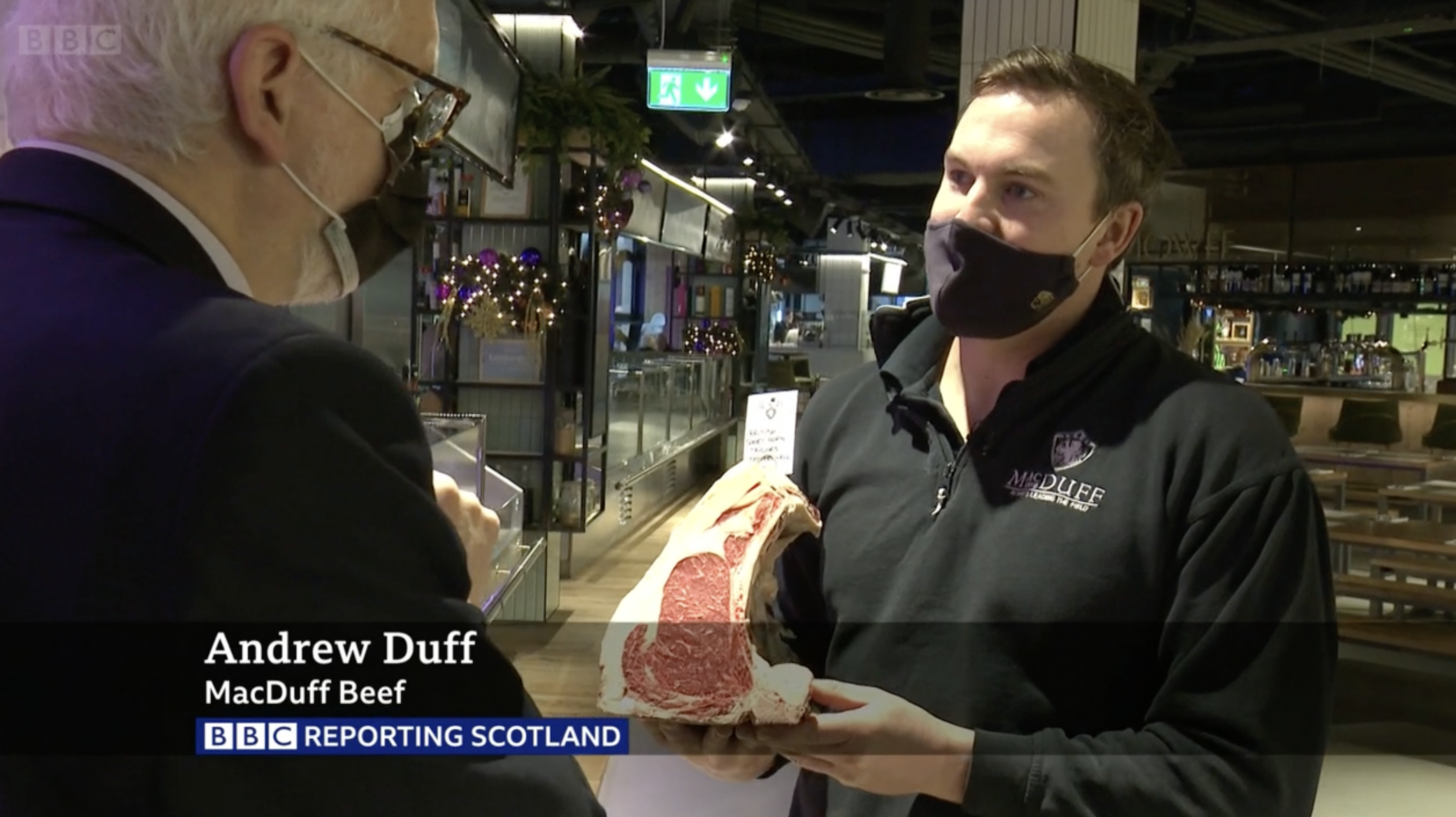 The extra bureaucracy, red tape and paperwork involved in such exports, alongside the delays with border checks etc., made it uneconomic for us to continue shipping product into the EU at the time. Many companies we had previously used as hauliers to export via the groupage method into the EU, were then refusing to accept our goods as they faced the very real risk of getting stopped for hours, if not days, at the border.   And, just to rub salt into our wounds, we had to pay a vet to sign our export health certification, a step was added yet more cost to the process.

As we are a small business, we had to use groupage, as we cannot fill a whole wagon ourselves.  Larger businesses who could fill whole wagons, and so avoided groupage problems, have still experienced issues with Brexit, even though they were still managing to get product into the EU post Brexit.

Furthermore, due to us not having a distribution hub in the EU, delivering to individual addresses/butcher shops across different countries in the EU made it a severely difficult task. Towards the end of 2021 there was only one company that was successfully exporting products of animal origin from Scotland to the EU.

So, what did we do instead?

With the EU effectively a no-go area for business, we decided to diversify by branching out into retail last year. We successfully launched an upmarket butcher shop within the centre of Edinburgh last summer, which supports a lot of local suppliers as well as selling our prime beef, lamb, and pork. We have also started to ship products out to Hong Kong through a UK based company that has links with Hong Kong. This is proving an exciting venture.   However, the irony of being able to ship product halfway around the world but not to mainland Europe is not lost on us.

Is there any light at the end of the tunnel on the exporting front?

As of today, we finally have two companies that say they can potentially export smaller consignments to the EU. We are now working out costs and all the administration that surrounds this option so we can try get it set up and going again. So, potentially, MacDuff 1890 will soon be exporting its native breed beef to the EU again, although there are doubts at present as regards additional cost factors and the length of time since our customers have dealt with us. Whether or not they will be willing to pick this business up again, as easily as it was pre-Brexit, remains a key question.