Six charities supported by SAMW in 2016

Six different charities shared a total of £8,250 in gift support from the Scottish Association of Meat Wholesalers (SAMW) in 2016.

The funds were raised during a charity auction at the Association’s 2016 conference and dinner and were presented to representatives of the organisations by SAMW president, Allan Jess, and executive manager, Ian Anderson.

“We’re pleased to have been able to continue our annual tradition of giving support to a range of charities which are selected by our own members, often because of help they’ve seen given to a family member or business colleague,” said Mr Jess. 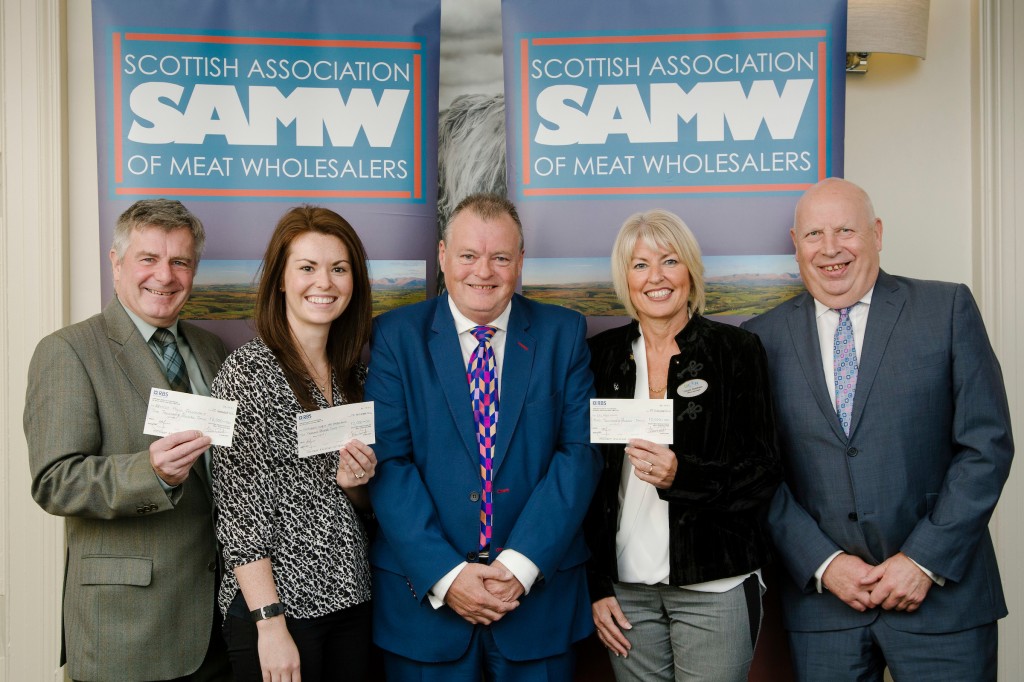 “The work being done by each of the charities we were able to support this year is extremely valuable and we’re grateful to those whose conference donations enabled us to help fund the six which were selected this year.”