Scotland’s meat wholesalers are upbeat about business prospects in 2017 but have warned that gaining access to the opportunities on offer next year will depend on politicians and regulators delivering favourable conditions for the industry to prosper.

“It’s no surprise that Brexit will be pretty much top of our agenda in 2017 with the need for clear assurance from Government on future labour requirements and the framing of post-Brexit regulations which ease the current burdens on businesses rather than add to them,” said Allan Jess, president of the Scottish Association of Meat Wholesalers (SAMW), adding that if the Government gets it wrong on either of these points, the industry will suffer. 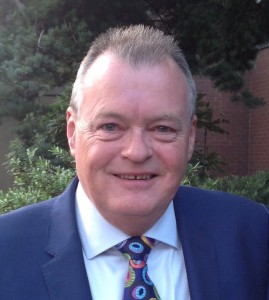 “Brexit raises several issues for our members, of course, with the need for continued freedom to employ the EU workers on which many meat sector businesses rely being absolutely critical. In this context, we’re concerned that positive Government signals regarding seasonal labour arrangements, presumably aimed at the fruit and veg sectors, suggests that meat plants, many with significant numbers of excellent EU workers at present, could be left out of the picture.

“The reality is that SAMW member companies have not been turning away huge numbers of local applicants for meat plant work, partly because the domestic skill base isn’t sufficiently geared towards the butchery skills which our industry requires. That means that if the government take a tough stance on our present and future worker requirements, it will also have to invest in new education and skills training to give us the UK-based people we need. Turning the worker supply tap off without turning the skills tap on won’t work.

“We’re also troubled by suggestions that post-Brexit Britain will protect itself against ‘inferior’ imports by raising domestic standards above levels achieved in other countries. This is naïve stance which fails to appreciate the extent to which product prices drive the mass market for food. As an industry and as a nation, we already apply extremely high standards to our food production, because we believe in doing things correctly. Going even further, however, beyond what is either reasonable or necessary, will merely add costs of our industry and hand sales to cheaper alternatives.

“Having said all that, Brexit is definitely an opportunity for us, provided the UK’s negotiators are successful in creating a new and positive platform for business. We will therefore be pressing the Government very hard in 2017 to grasp the opportunities on offer, rather than succumb to the pressures.”

Mr Jess also commented that, with so much focus being placed on Brexit, there is a danger that some other important issues might not be given the attention they deserve next year and could possibly be over-looked completely.

“While the Brexit conclusion will clearly shape all our futures, we can’t afford to let other opportunities, issues and concerns slide during 2017,” he said. “At very best, the triggering of Article 50 will launch the country into 18 months of hectic negotiations. At worst, we could be looking at a lot longer than that.

“In addition, whatever the final Brexit deal may be, we have an industry to run, businesses to develop and objectives to meet. As such, SAMW member companies will be looking to have advanced significantly by the time we get to the end of the Article 50 process and whatever transitional process may or may not follow. Our members have no attention of standing still while the politicians talk.

“We also want to see the regulatory processes surrounding our industry being approached on the collaborative, partnership basis as was envisaged when the Food Standards Agency was replaced by Food Standards Scotland. As an industry we are 100% in support of professional, reliable and traceable processing standards, being one of the most highly-regulated industries in the UK and certainly in the EU.

“It would be helpful in 2017, however, if member companies could be assisted in their commitment to maintain their high standards rather than being constantly frustrated by no-value/no-impact box-ticking operations which may have the appearance of protecting the public, while actually delivering precious little. In truth, it’s our members who protect consumers as the countless audits carried out on members’ plants by the UK’s retailers constantly prove.”

Mr Jess also drew attention to the need for meat businesses to see their costs contained in 2017.

“Member businesses focus constantly on the need to be lean and efficient,” he said. “All too often, however, the gains made through investment in innovation and improvements are swept away by cost rises elsewhere.

“Disposing of processing by-products, for example, continues to impose a heavy burden on business, even though more and more items are now able to be recycled through a steadily expanding range of processes. It would be good if 2017 was the year when a bit of that recycled income found its way back to our members. They certainly deserve it.”