No need to increase regulatory costs

Member companies should not be asked to pay more for official controls, SAMW President, Andy McGowan, told delegates at the Association’s annual conference in Glasgow on Saturday, April 27, 2019.

“The regulatory costs that have to be met by all of our member businesses are constantly being driven ever higher due to the onerous regulations we face and the manner in which these controls are enforced,” said Mr McGowan during his presidenial speech to the conference, addressing an audience which included Fergus Ewing, the Scottish Government’s Cabinet Secretary for the Rural Economy. 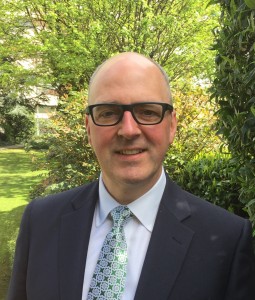 “Let me say clearly and firmly, that we have no problem whatsoever in observing the rules, regulations and standards that surround our industry. We believe in high health and high welfare standards and always have done.

“What we don’t believe in is inefficiency on the part of the regulatory authorities and/or the providers they hire, or the imposition of excessive costs on our members when more cost-effective solutions are available.

“In that context, we recognise that Food Standards Scotland faces a difficult decision with regard to the future delivery of official controls in Scotland’s red meat plants.

“The difficulties faced by the current service provider, HallMark, in retaining and recruiting good quality and highly competent staff is known to all. Indeed many of our members face the same dilemma.

“We are aware that FSS is currently in the midst of a review to establish what should be done to ensure continuity of delivery so that the statutory service levels are maintained.

“We’re also advised that regardless of the eventual outcome of this review, delivery costs will rise as it will cost more to hire in vets in the immediate future.

“However, the Scottish red meat sector is simply not in a position to absorb any extra costs, even if they were justified, which they are not.

“Under the current cost recovery model, which is barely a year old, we already pay over £40 per hour for a vet and £30+ for a meat inspector. That equates to an annual salary of £84k and £62k respectively.

“So, from the outside looking in, it does not appear to us that there should any problem in recruiting staff of the right calibre.

“It will therefore come as no surprise to anyone that our rock solid position is that the conclusion of this process must not result in any increase coming our way and could, with a little imagination and endeavour, actually bring these costs down.

“We are pleased that FSS is acting to prevent an unsatisfactory position from just rumbling on. Having said that, let me be clear that we have no particular preference as to whether or not official controls are provided by FFS direct, in the future, or via a private provider.

“Our one key requirement is for the official controls regime to be run on an efficient basis and that the service should be as cost-effective as possible.

“We have a clean slate here and therefore a rare chance for some fresh thinking. While all options need to be considered, I’d like to raise two specific points which our members strongly believe deserve to be given priority attention.

“First, there needs to be more equitable sharing of regulatory costs between the meat sector and other food producers, processors and manufacturers. After all we are all competing for the attention and custom of the consumer.

“In this context, it’s intriguing to highlight a report produced by the University of Leicester which established that bagged salad is the second most common source of food-borne illness. As recently as 2016 over 160 people fell ill in the UK from eating mixed salad leaves, with tragically two of those people affected actually dying as a result.

“Yet the salad industry pays nothing whatsoever towards the delivery of its regulatory controls.

“Incredibly it seems that both government and FSS believe that this particular part of the food supply chain does not need to pay for official controls which are supposed to be in place to protect the consumer.

“It’s the same with the production of alternative or non-meat food products. Businesses in these sectors also pay absolutely nothing for regulatory enforcement – and yet they operate in exactly the same market as we do.

“The regulatory costs picked up by fish processors aren’t much better, representing about 1/20th of the cost per kilo of the regulation charge that is applied to the meat industry.

“We are also competing with them for the same customers yet start with a commercial disadvantage. Its high time Government and FSS acted to ensure a level playing field exists for the recovery of official control costs in every part of the food supply chain.

“The second cost-effective point concerns the need for a more equitable sharing of staff costs between government agencies. I’m referring to the cost of providing OVs – the Official Veterinarians who monitor in-plant activities during operational hours.

“Our members accept that OVs must be paid for when they’re working but are deeply frustrated at also having to pay for periods of downtime when unavoidable delays or processing changes are required.

“There’s been a lot of discussion over recent years about using such OV downtime to meet regulatory control needs in other sectors. A simple example is that an FSS-employed OV, who is no longer needed to monitor a meat plant, could be redeployed to carry out animal health and welfare checks on farms and at markets on behalf of the Animal and Plant Health Agency.

“This sort of joint use of resources would allow the OV’s salary costs to be shared between FSS and APHA. But despite our prompting such an idea has never really got out of the starting blocks.

“In a country the size of Scotland, it should surely be possible for two government agencies to cooperate and share their staff resources more effectively to ensure the costs of delivery to the public purse and to the agri food industry are contained, to the benefit of all concerned.

“Thus far, it looks as if those in charge of such activities take the view that charging meat companies is simply easier than taking a hard look at practical and sensible options to putting a new and more cost-effective solutions in place.

“So, Cabinet Secretary, my concluding message is that we’re pretty set against any option that ends up costing us more money.”